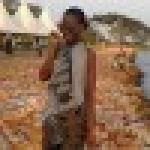 Liverpool’s 30 year’s wait for top flight is over after Manchester city lost 2-1 at Stamford bridge a home of Chelsea football club on Thursday evening to confirm the Reds as the premier league champions 2019/2020.

Jurgen klopp’s side only needed one victory to seal the league but Manchester city’s failure to win means they can not be caught.

While talking to media, Liverpool’s Jurgen klopp said, “I have no words, it’s unbelievable! It’s much more than I ever thought would be possible becoming champions with this club is absolutely incredible. I haven’t waited for 30 years, I have been here for four and half years, but it’s quite an achievement especially with the three month break because nobody knew if we could go on”

Klopp’s side has produced one of the most memorable Champaign in premier league history, amassing 86 points already , with a record of 28 victories, 2 draws and a single defeat from their 31 games.

Such gas has led to their dominance, at one stage they led the table by 25 points a record gap between a side in first and second in English top flight history.

A number of red’s players  including Alisson , defender  Virgil can Dijk and midfielder Alex Oxlande Chamberlain were seen celebrating Chelsea’s win over city last evening together.